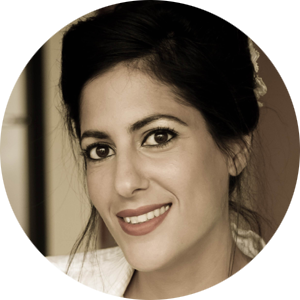 Abstract:
Exploring and Modifying Spatial Variations in a Single Image

Structures and objects, captured in image data, are often idealized by the viewer. For example, buildings may seem to be perfectly straight, or repeating structures such as corn’s kernels may
seem almost identical. However, in reality, such flawless behavior hardly exists. The goal in this line of work is to detect the spatial imperfection, i.e., departure of objects from their idealized models, given only a single image as input, and to render a new image in which the deviations from the model are either reduced or magnified. Reducing the imperfections allows us to idealize/beautify images, and can be used as a graphic tool for creating more visually pleasing images. Alternatively, increasing the spatial irregularities allow us to reveal useful and surprising
information that is hard to visually perceive by the naked eye (such as the sagging of a house’s roof). I will consider this problem under two distinct definitions of idealized model: (i) ideal parametric geometries (e.g., line segments, circles), which can be automatically detected in the input image. (ii) perfect repetitions of structures, which relies on the redundancy of patches in a single image. Each of these models has lead to a new algorithm with a wide range of applications in civil engineering, astronomy, design, and materials defects inspection.

Bio:
Tali Dekel has recently joined Google as a Research Scientist, working on developing computer vision and computer graphics algorithms. Before Google, she was a Postdoctoral Associate at the Computer Science and Artificial Intelligence Lab (CSAIL) at MIT, working with Prof. William T. Freeman. Tali completed her Ph.D studies at the school of electrical engineering, Tel-Aviv University, under the supervision of Prof. Shai Avidan, and Prof. Yael Moses. Tali’s Ph.D. focused on the use of multi-camera systems to solve classic and innovative tasks in computer vision and computer graphics including 3D structure and 3D motion estimation, content-geometry aware stereo retargeting, and photo sequencing (recovering temporal order of distributed image set). In her postdoc studies, she has been working on developing new algorithms that detect and visualize imperfections/irregularities in a single image. Her research interests include computer vision and graphics, geometry, 3D reconstruction, motion analysis, -and image visualization.