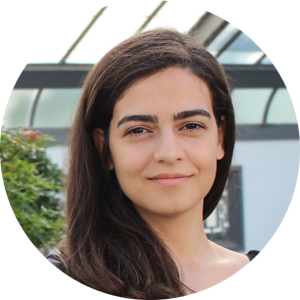 Complex networks represent the relationships or interactions between entities in a complex system, such as biological interactions between proteins and genes, hyperlinks between web pages, co-authorships between research scholars. Although drawn from a wide range of domains, real-world networks exhibit similar properties and evolution patterns. A fundamental property of these networks is their tendency to organize according to an underlying modular structure, commonly referred to as clustering or community structure. My graduate research focuses on comparing, quantifying, modeling, and utilizing this common structure in networks.

In the first part, I present generalizations of well-established traditional clustering criteria and propose proper adaptations to make them applicable in the context of networks. This includes generalizations and extensions of 1) the well-known clustering validity criteria that quantify the goodness of a single clustering; 2) clustering agreement measures that compare two clusterings of the same network. These adapted measures are useful in both defining and evaluating the communities in networks.

In the second part, I study generative network models and introduce an intuitive and flexible model for synthesizing modular networks that closely comply with the characteristics observed for real-world networks. The high degree of expressiveness and the realistic nature of our network generator makes it particularly useful for generating benchmark datasets with built-in modular structure.

In the last part, I investigate how the modular structure of networks can be utilized in different contexts. On one hand, I show the interplay between the attributes of nodes and their memberships in modules, and present how this interplay can be leveraged for predicting (missing) attribute values; where I propose a novel method for derivation of alternative modular structures that better align with a selected subset of attribute(s). On the other hand, I focus on an e-learning application and illustrate how the network modules can effectively outline the collaboration groups of students, as well as the topics of their discussions; and how this could be used to monitor and assess the participation trends of students throughout the course.

Bio:
Reihaneh Rabbany is a final-year Ph.D. candidate in the Computer Science Department at University of Alberta, Edmonton, Canada, and a member of Alberta Innovates Center for Machine Learning. She received her M.Sc. degree from the same department in 2010, and her B.Sc. degree in Software Engineering from Amirkabir University of Technology, Tehran, Iran in 2007. She was recognized for ranking first in her B.Sc graduating class and received the Computing Science GPA Award for her graduate studies in 2014. She is the recipient of several scholarships including Queen Elizabeth II Graduate Scholarship from University of Alberta in 2013-2015. Her research interests are data mining, machine learning, and applications in education including massive open online courses. Her Ph.D. research is focused on principled ways of comparing, quantifying, modeling, and utilizing the modular structure of real-world complex networks. She has published more than 15 peer-reviewed research papers and has served as a reviewer for several academic conferences and journals.