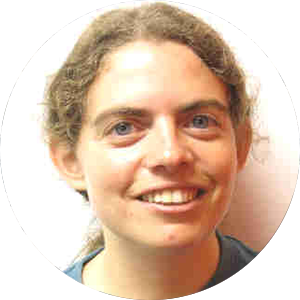 The teamwork in such complex collaborative activities as healthcare, co-authoring documents and developing software is often loosely coupled and extends in time. To remain coordinated and avoid conflicts, team members need to identify dependencies between their activities —which though loosely coupled may interact — and share information appropriately. The loose-coupling of tasks increases the difficulty of identifying dependencies, with the result that team members often lack important information or are overwhelmed by irrelevant information. My thesis formalizes a new multi-agent systems problem, Information Sharing in Loosely-Coupled Extended-Duration Teamwork (ISLET). It defines a new representation, Mutual Influence Potential Networks (MIP-Nets) and an algorithm, MIP-DOI, that uses this representation to determine the information that is most relevant to each team member. Importantly, the extended duration of the teamwork precludes team members from developing complete plans in advance. Thus, unlike prior work on information sharing in multi-agent systems, the MIP-Nets approach does not rely on a priori knowledge of a team’s possible plans. Instead, it models collaboration patterns and dependencies among people and their activities based on team-member interactions. Empirical evaluations show that this approach is able to learn collaboration patterns and identify relevant information to share with team members.

Bio:
Ofra Amir is a PhD candidate in the John Paulson School of Engineering and Applied Sciences at Harvard University; her adviser is Prof. Barbara Grosz. She holds a BSc and MSc in Information Systems Engineering, both from Ben-Gurion University. Ofra’s research combines
artificial intelligence algorithms with human-computer interaction methods, focusing on the development of intelligent algorithms and systems for supporting human teamwork. It was recognized by an honorable mention for best paper award at the SIGCHI Conference on Human Factors in Computing Systems (CHI’15) and will appear in IJCAI-2015. Ofra was a co-author of the paper that won second place in the challenges and visions track at the 2013 International Conference on Autonomous Agents and Multiagent Systems. Her project “GoalKeeper: Supporting Goal-Centered Coordinated Care” was chosen as a finalist in the 2014 CIMIT Primary Care Prize student competition, and she was a finalist for the Microsoft Research PhD fellowship. Ofra has also received several awards for her teaching at Harvard University and Ben-Gurion University. She Co-Chaired the 2015 AAAI Spring Symposium on Intelligent Systems for Supporting Distributed Human Teamwork.