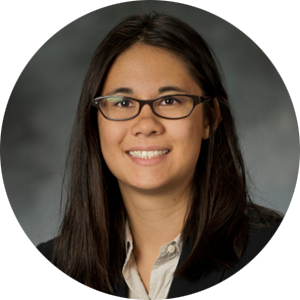 My research is devoted to developing both new threat models and detection methodologies for a less studied but extremely stealthy class of Trojan: Trojans which do not rely on rare triggering conditions to stay hidden, but instead only alter the logic functions of design signals which have unspecified behavior, meaning the Trojan never violates the design specification. The main contributions of my work are 1) precise definitions for dangerous unspecified functionality in terms of information leakage and several methods to identify such functionality, 2) satisfiability-based formal methods to test potentially dangerous unspecified functionality for the existence of Trojans, and 3) numerous examples of how the proposed Trojans can completely undermine system security if inserted in on-chip bus systems, communication controllers, and encryption IP.
Bio:
Nicole Fern received her undergraduate degree in Electrical Engineering from The Cooper Union for the Advancement of Science and Art in 2011. After graduation, she started working towards her combined Masters and Ph.D. degree in the Electrical and Computer Engineering department at UC Santa Barbara under the advisement of Professor Tim Cheng in the SoC Design and Test Lab. Her research interests include hardware verification and security. Her thesis focuses on identifying and verifying unspecified design functionality susceptible to malicious manipulation. She expects to graduate in June of 2016 and plans to continue her research as a post-doctoral researcher at UC Santa Barbara and as a visiting scholar at Hong Kong University of Science and Technology. Other hobbies include trail running, pottery, and drawing.