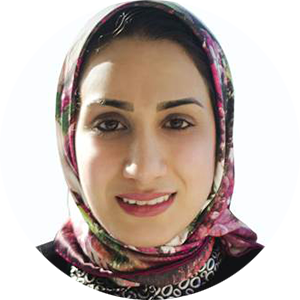 Driven by the increasing mobile data traffic, cellular networks are undergoing unprecedented paradigm shift in the way data is delivered to the mobile users. A key component of this shift is device-to-device (D2D) communication in which proximate devices can deliver content on demand to their nearby users, thus offloading traffic from often congested cellular networks. This is facilitated by the spatiotemporal correlation in the content demanded i.e., repeated requests for the same content from different users across various time instants. Storing the popular files at the “network edge”, such as in small cells, switching centers or handheld devices, termed caching, offers an excellent way to exploit this correlation in the content requested by the users. Cache-enabled D2D networks are attractive due to the possible linear increase of capacity with the number of devices that can locally cache data.

The performance of cache-enabled D2D networks fundamentally depends upon i) the locations of the devices, and ii) how is cache placed on these devices. For instance, consider the device-centric placement where the content is placed on a device close to the particular device that needs it. While this is certainly beneficial for the device with respect to which the content is placed, this may be highly sub-optimal if another device in the network wants to access the same content from the device on which it was cached. As a result, we focus on the cluster-centric placement, where the goal is to improve the collective performance of all the devices in the network measured in terms of the coverage probability and area spectral efficiency. In this talk, I would like to present a new comprehensive framework for the performance analysis of cache-enabled D2D networks under different classes of cluster-centric content placement policies in which the device locations are modeled by a Poisson cluster process. This model accurately captures the fact that the devices engaging in D2D communication will typically form small clusters. Finally, the talk is concluded with several thoughts on the topology of future D2D networks where the cellular and D2D networks coexist in the same band.

Bio:
Mehrnaz Afshang received her B.E. degree in Electrical Engineering from Shiraz University of Technology, Iran, in 2011 and her Ph.D. degree from Nanyang Technological University, Singapore, in 2016. During her Ph.D., she was a recipient of the SINGA Fellowship. Since January 2015, she has been a visiting student and later a postdoctoral fellow in the Bradley Department of Electrical and Computer Engineering at Virginia Tech working. Her research interests include communications theory, stochastic geometry, device-to-device networks, and wireless ad hoc and heterogeneous cellular networks. She has authored 16 technical papers. She also served as a reviewer for the IEEE Transactions on communications, wireless communications, information theory, mobile communications, and vehicular technology.