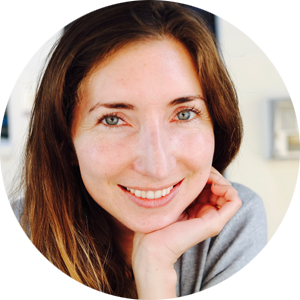 The possibility of encoding information in spin for more energy efficient switching in computing has given rise to the thriving field of spintronics (1). But, despite the possible energy benefits for memory and logic, a high current density is required to switch a nanomagnet via spin transfer torque current, which can lead to device degradation via heating. The discovery of the spin Hall effect in heavy metals such as Ta and Pt has lead to reduction in the magnetic switching current density by 10⨉ (2). The spin Hall effect produces a spin current perpendicular to the charge current due to strong spin-orbit coupling in the heavy metal.

The research community is also excited by transition metal dichalcogenide (TMD) 2D materials such as WSe2 for highly-scaled transistor applications. It is predicted that monolayer WSe2 has a high spin-orbit coupling (3). Thus, in addition to the valley Hall effect, it should exhibit a spin Hall effect.

We report results on measuring the spin Hall effect in monolayer WSe2 via the magneto-optical Kerr effect. We exfoliate a WSe2 flake onto Si(substrate) / SiO2(285 nm) and pattern it using electron-beam lithography into a 5 μm wide, 11 μm long rectangle. We then do a second lithography step to place 40 nm thick Pd electrodes to p-dope the flake and act as source/drain contacts. The sample is back-gated through the SiO2.

We measure the spin accumulation using an optical setup. The sample is in a 3 ⨉ 10-6 Torr and 78 Kelvin environment. We linearly polarize a 672 nm continuous-wave laser and measure the change in polarization angle of the light reflected off the WSe2. The sample is rastered under the laser spot (0.5 μm beam diameter) in 0.5 μm steps. We apply DC back-gate voltage VG = -90 V and AC drain voltage VD = 10 V at 2.5 kHz, with the source terminal grounded. Our Kerr rotation mapping of the flake shows opposite change in polarization angle on the edges of the flake transverse to the current direction, indicative of opposite spin accumulation on the two edges. We measure a maximum Kerr rotation of Δ

I received a B.A. in physics (and philosophy) from UC Berkeley in 2008 and a Ph.D. in physics from Harvard University in 2015. For my dissertation research I was cross-registered at Harvard and MIT, and I had advisors from both universities. My primary advisor was in electrical engineering at MIT. I am now a postdoctoral fellow in electrical engineering at Stanford, and I will apply to faculty positions this Fall/Winter. I am excited by a career as an academic researcher, where I can combine my growing strengths in research, teaching and mentoring, effective science and engineering communication, and grant writing.

My research is at the intersection of electrical engineering, physics, and materials science. In general I am interested in using emerging materials and physics for more energy efficient computing, from the transistor through the system level. During my Ph.D. I designed and fabricated nanotechnology devices for more energy-efficient logic using magnetic materials and magnetic domain walls, resulting in device and circuit prototypes. I am now working on extending these types of spintronics devices to full computing systems and integrating them with silicon transistors, 2D materials, and carbon nanotube transistors. I am also working on exploring new physics for spin-based switches, for example the spin Hall effect in 2D materials.

I have 16 research publications in refereed journals, 1 patent (first inventor), and have given 19 research talks at conferences and universities, including 7 invited talks. I was a speaker at the 2015 IEDM conference. During my Ph.D., I received a Department of Energy graduate research fellowship that provided 3 years of full support. I co-wrote a successful NSF grant with my Ph.D. advisor, and recently helped write a multi-university NSF Engineering Research Center grant.

In addition to the research I have done at Stanford, MIT, and Harvard, I worked as an R&D consultant for Applied Materials Varian from 2013-2014; did my undergraduate dissertation research in atomic/molecular/optical physics at the University of Auckland in 2008; did research in x-ray mammography at the University of Pennsylvania in 2007; and did research in experimental cosmology at Lawrence Berkeley National Laboratory from 2005-2007. This basis in a broad range of research topics allows me to better communicate with researchers outside my specific expertise.

I have been involved in teaching and mentoring throughout my Ph.D. and postdoc. Most recently
I helped my Stanford advisor teach a freshman course called “What is Nanotechnology.” I was a guest lecturer and lead the students’ hands-on project where they built and tested their own silicon transistors.

I strongly believe that outreach is an important part of a researcher’s career. I am currently volunteering with an education nonprofit called STEMBusUSA that encourages STEM excitement in K-12 students. This program reaches over 30,000 students nationwide. I am helping them develop benchmarking metrics to understand the effectiveness of their programs. In the past I lead a monthly event that promoted science and engineering to the public, growing the program from 20 to 100+ monthly attendees.